I remember exactly how I felt waiting to go into theatre for my c-section… the birth of my first child. I was naturally terrified and utterly mad with nerves; in a few moments doctors would be slicing me open, while I was wide awake, and then yanking a crying, kicking, small human out of my uterus!

I was also scared that our son would take one look at us and curse the fact that we were his parents, and I was also worried what I was going to feel. Would I love him instantly? Would  I want to smother him with a pillow because he didn’t stop crying and I had postpartum depression? Would this be the best moment of my life, as everyone tells you it is?

I had worked so hard to get to this point, the extra 20 kg’s of fat cells and stretch marks clinging to me were testament to this. I had suffered back pain, extreme rib ache (no one told me that my ribs might feel like they were snapping) I hadn’t seen my feet, let alone my vagina in months and I was burping like a sailor. Yes, I had toiled hard to get to this point of finally bringing baby Jack, into the world.

But amidst all this fear and uncertainty, there was one thing I was sure of; no one would be telling me what an ugly baby I had just given birth too. People just don’t do that, even if your newborn does resemble a Garbage Pail Kid. No one would look at him and scrunch up their faces and say, “I don’t know, I just don’t like it” OR “I could only look at him for a few moments, and then I had to stop, I really wasn’t enjoying it.”

But that’s what is going to happen tomorrow when I “give birth” again.. to my book-baby. Because let’s face it, writing a book is much, much more than just putting words onto paper. It’s month and months of toiling, probably some extra kg’s too, it’s your heart, your soul, you blood, sweat, tears and all your precious time.

Writing your book and then waiting for it to be published, is like being pregnant. The joy you go through when you sign the book deal, to the discomfort, to the highs and lows, the exhaustion of sleepless nights and those unbearable last few months as your publishing date creeps closer and closer.

But unlike the birth of my son, this birth becomes public domain. It becomes something that people can criticize. They can tell you they don’t like it, they can give you one star and write scathing reviews about it. Sometimes they do it with tact, but other times they are ruthless, callous and even cruel.

Sure, not everyone will like your book. I certainly don’t expect some serious, scarf- wearing, literary aficionado that only reads the Pulitzer Prize winners to tell me that my little “chickLit” book is the best thing he’s ever read. But it is still difficult to accept.

It’s hard because you know how much work went into it. It’s hard because in many ways the book is a part of you. It’s a little piece of yourself that you are sending out into the world – and now anyone can say anything they want about it.

But just like birth, you put on your big girl panties (or in that case those huge, horrible, mesh things) and suck it up. Because once a baby is in there, it has to come out. There is no way of negotiating your way around that unfortunate biological fact. Just like your book coming out. Once your publisher has it, once the cover has been designed, book printed, eBook formatted, advances paid… it is inevitable.

I’m proud of what is coming out tomorrow. I could not have put more work, dedication and love into it if I tried. To me, it’s my perfect book-baby and no one can take that away- not even a mean reviewer. And just like giving birth, had Jack come out with one finger and seven legs, I would probably still think he was perfect and love him unconditionally.

So bring it on…

And here it is. ‘Burning Moon’, my book baby that has been a year and a half in the making (book pregnancy can be substantially longer that normal pregnancy) 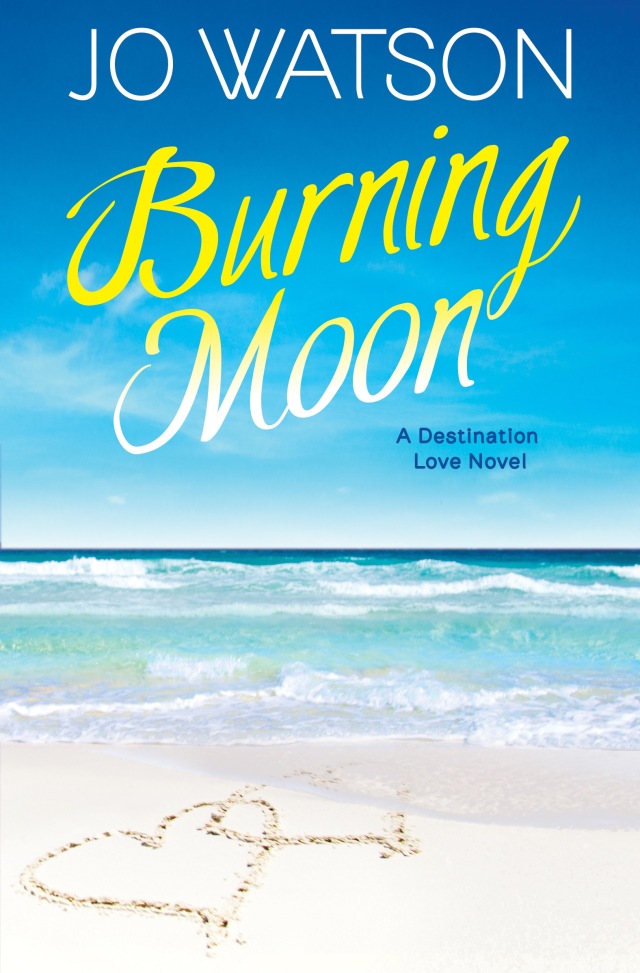